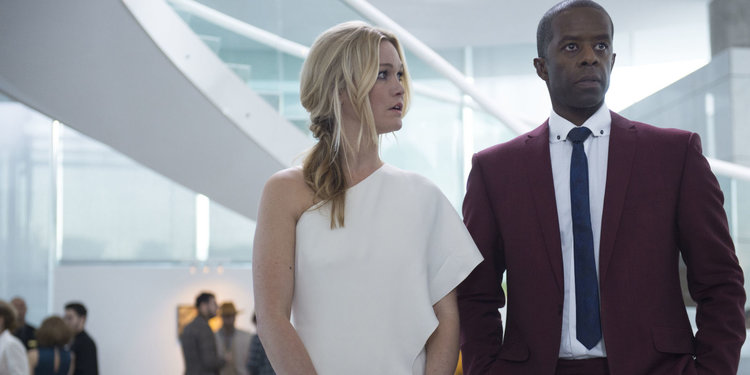 Julia Stiles heads to the glamorous French Riviera for an audacious 10-part drama created by Academy Award-winning writer Neil Jordan (The Crying Game, The Borgias). RIVIERA is based on an idea by former U2 manager Paul McGuinness, with the first two episodes co-written by Booker Prize-winning author John Banville (The Sea).

The part thrilling family saga and part high-octane crime series tells the story of American art curator, Georgina (Stiles). Having found love with her husband Constantine (Anthony LaPaglia), a billionaire businessman and philanthropist, she enters the fast-paced world of high fashion and deep secrets with flawed and fabulous characters fluent in the language of deception. Her life amongst the international super-rich is one of private jets, fine art and extravagant parties. But her world is, almost literally, blown to pieces when Constantine is presumed dead following a mysterious yacht explosion, an event that leads her to uncover the dark underbelly to their Vanity Fair lifestyle the grit beneath the gloss. The strange circumstances surrounding her husband’s supposed death sees Georgina united uncomfortably in grief with the elegant and formidable ex-wife Irina (Lena Olin), who sees her not just as the woman who stole Constantine’s affections, but those of their children Adam (Iwan Rheon), Christos (Dimitri Leonidas) and Adriana (Roxane Duran). However, familial rivalries are the last thing on Georgina’s mind, as the life she thought she had continues to unravel and she embarks on a dangerous path to uncovering the truth about her husband and the world he inhabited.